As you read this, CUPE 3903 — teaching and graduate assistants at York University  — are still on strike, making their strike the longest post-secondary strike in Canadian history.

Earlier this week, the new Conservative government released its “Top Legislative Priorities for Upcoming Sitting” and the first item on the list is taking away rights from education workers at York University by tabling back-to-work legislation.

CUPE 3903 is holding Days of Action at Queen’s Park this upcoming Tuesday & Wednesday and invites support and solidarity. We urge any members who are able to join the picket lines at Queen’s Park to support our brothers and sisters.

Show your solidarity with these workers, and fight for workers’ rights in Ontario! 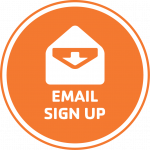